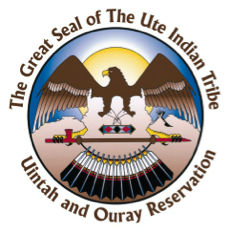 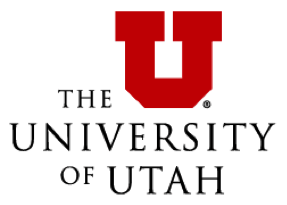 I.   THE NATURE OF THE AGREEMENT

The Ute Indian Tribe acknowledges that its association with the University of Utah – the flagship institution of higher learning in the state of Utah – raises tribal visibility and community awareness, and generates a source of pride to members of the Ute Indian Tribe. The Tribe desires to reaffirm the long and valued relationship between the University and the Tribe to promote educational benefits for its youth.

The Ute Indian Tribe's goals are two-fold: first, to build genuine respect and understanding of the Tribe's history, culture and contributions to the state (past, current and future); and second, to have the University assist tribal members in helping their children lead healthy lives and be prepared to pursue a college education.

The University of Utah shares the Tribe's interest in fostering a respectful and informed understanding of the Ute Indian Tribe, and, by extension, other American Indians. To that end, the University will use the Ute name in a considered and respectful manner, reflecting the pride and dignity of indigenous people and their traditions. The University will use its position as the flagship institution of higher education in the state of Utah to support that commitment.

In addition, the University will devote human and financial resources toward the Ute Indians and other American Indians to encourage, inspire and support tribal youth to lead healthy lives and to pursue post-secondary education.

The University of Utah is the flagship institution of higher learning in Utah. Founded in 1850, it serves more than 33,000 students from across the United States and the world. With more than 100 major subjects at the undergraduate level and over 90 major fields of study at the graduate level, including professional programs in law, medicine and dentistry, the University prepares students to live and compete in the global workplace.

The mission of the University of Utah is to educate the individual and to discover, refine and disseminate knowledge. As a major teaching and research university, the University of Utah strives to create an academic environment where the highest standards of scholarship and professional practices are observed and where responsibilities to students are conscientiously met. It recognizes the mutual relevance and interdependence of teaching and research as essential components of academic excellence. It welcomes students who are committed to learning and who conform to meet high academic standards. The right of free inquiry is zealously preserved; diversity is encouraged and respected; critical examination and creativity promoted; and intellectual integrity and social responsibility are fostered. The University is fully committed to the goals of equal opportunity and affirmative action, which are designed to ensure that each individual be provided with the opportunity for full, unhampered and responsible participation in every aspect of campus life.

The state of Utah derives its name from the Ute Indian Tribe. The home of the Ute Indian Tribe is the Uintah and Ouray Reservation, located in Northeastern Utah (Fort Duchesne), approximately 150 miles east of Salt Lake City. The reservation is located within a three-county area known as the Uintah Basin. It is the second-largest Indian Reservation in the United States and covers over 4.5 million acres.

The Utes have a tribal membership of 3,157 and over half of the membership lives on the Reservation. They operate their own tribal government and oversee approximately 1.3 million acres of trust land. The Utes also operate several businesses, including a super market, gas stations, bowling alley, tribal feedlot, Uinta River Technologies, Ute Tribal Enterprises LLC and Water Systems. Cattle raising and mining of oil and natural gas is big business on the reservation.

The Ute Indian Tribe is made up of three bands: the Uintah, the White River and the Uncompahgre. Two representatives from each of these bands are elected to serve four-year terms on the Tribal Business Committee, the governing body of the Tribe. However, governmental decisions by the Business Committee are made by resolution. Once resolutions are adopted, they become law and Business Committee members then realize that they must abide by those laws.

VII.   MAINTENANCE OF THE AGREEMENT

The parties agree that this MOU is a public document and that each party will appoint a single representative to respond to inquiries on issues addressed in or affected by the MOU.

As referenced above, the parties to this MOU shall establish a joint Task Force composed of four members. Two members shall be appointed by the Ute Tribal Business Committee. Two members shall be appointed by the University of Utah. The Task Force shall oversee and implement the provisions set forth in this MOU and address ongoing student issues. The Task Force shall make recommendations to the parties as to how the MOU might be improved based on its review, and the parties shall take appropriate action to implement the recommendations.

The parties agree to meet on an annual basis at a mutually agreed upon date not more than one year from date of signature, to review activities, performance or satisfaction with the arrangement outlined in the MOU.

The term of this Memorandum of Understanding is five (5) years from date of signing.